Why Econometrics is Confusing Part II: The Independence Zoo

In econometrics it’s absolutely crucial to keep track of which things are dependent and which are independent. To make this as confusing as possible for students, a typical introductory econometrics course moves back and forth between different notions of dependence, stopping occasionally to mention that they’re not equivalent but never fully explaining why, on the premise that “you’ve certainly already learned this in your introductory probability and statistics course.” I remember finding this extremely frustrating as a student, but only recently managed to translate this frustration into meaningful changes in my own teaching.1 Building on some of my recent teaching materials, this post is a field guide to the menagerie–or at least petting zoo–of “dependence” notions that appear regularly in econometrics. We’ll examine each property on its own along with the relationships between them, using the simple examples to build your intuition. Since a picture is worth a thousand words, here’s one that summarizes the entire post: 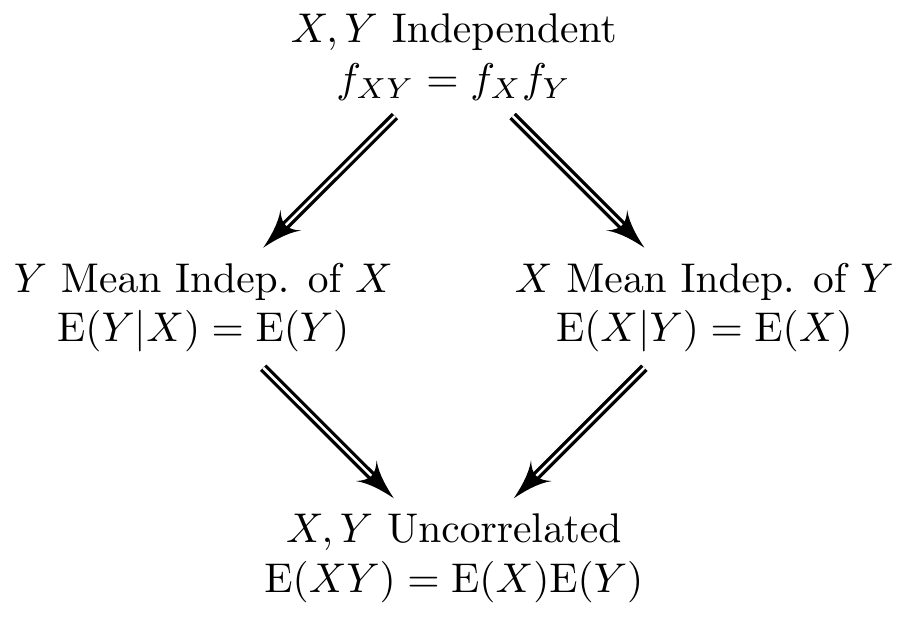 Figure 1: Different notions of dependence in econometrics and their relationships. A directed double arrow indicates that one property implies another.

While written at an introductory level, this post assumes basic familiarity with calculations involving discrete and continuous random variables. In particular, I assume that:

If you’re a bit rusty on this material, lectures 7-11 from these slides should be helpful. For bivariate, discrete distributions I also suggest watching this video from 1:07:00 to the end and this other video from 0:00:00 up to the one hour mark.

Even without doing any math, we see that knowing \(X\) conveys information about \(Y\), and vice-versa. For example, if \(X = -1\) then we know that \(Y\) must equal zero. Similarly, if \(Y=1\) then \(X\) must equal zero. Spend a bit of time thinking about this joint distribution before reading further. We’ll have plenty of time for mathematics below, but it’s always worth seeing where our intuition takes us before calculating everything.

Two random variables \(X\) and \(Y\) are uncorrelated if and only if the expectation of their product equals the product of their expectations. 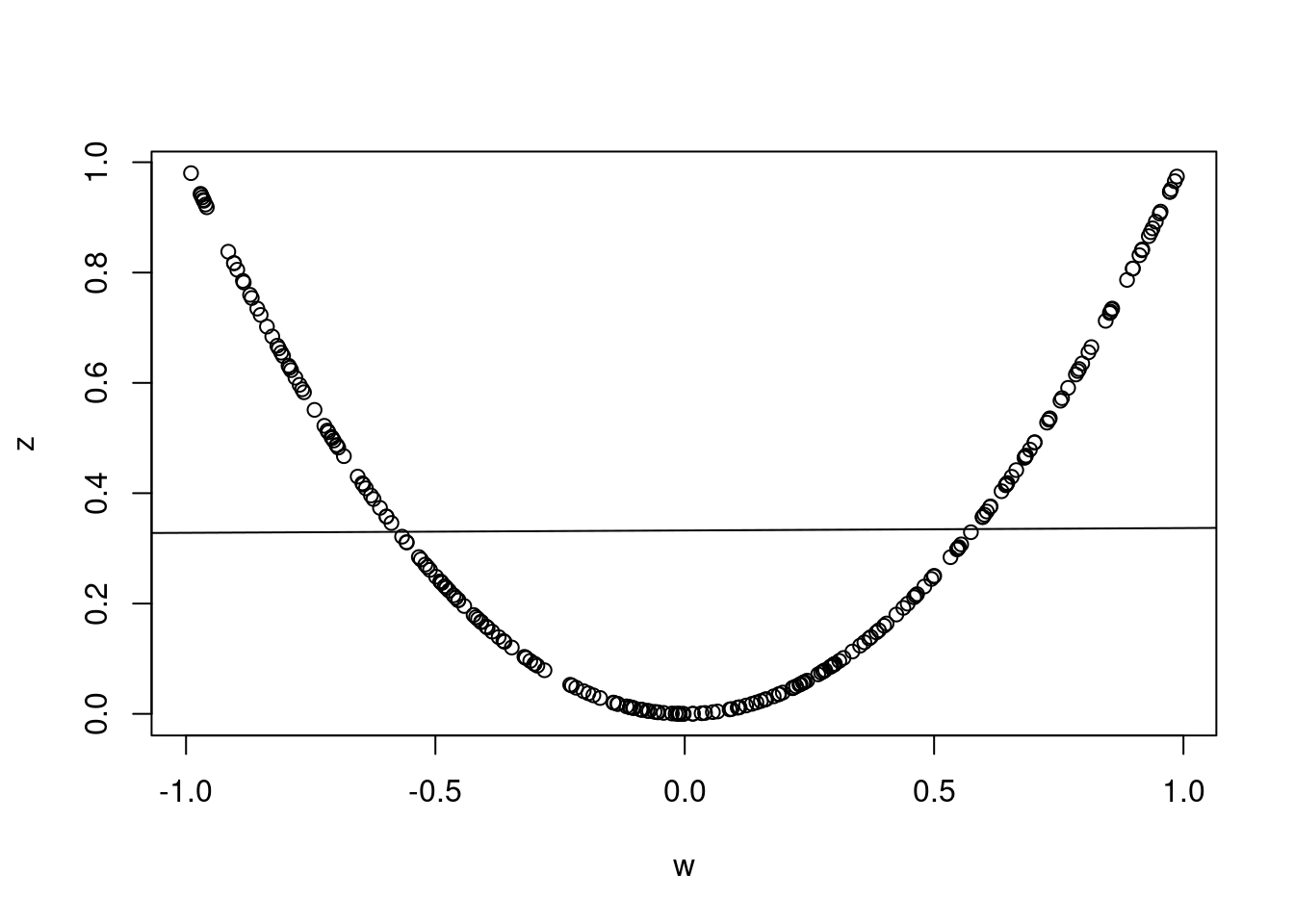 \(X\) and \(Y\) are statistically independent if and only if:

Now that we’ve described uncorrelatedness, mean independence, and statistical independence, we’re ready to see how these properties relate to one another. Let’s start by reviewing what we learned from the examples given above. In example #1:

In example #2, we found that

These are worth remembering, because they are relatively simple and provide a source of counterexamples to help you avoid making tempting but incorrect statements about correlation, mean independence, and statistical independence. For example:

Now that we have a handle on what’s not true, let’s see what can be said about correlation, mean independence, and statistical independence.

Uncorrelatedness and Statistical Independence are Symmetric

Here’s an analogy: uncorrelatedness and independence are like the relation “being biological siblings.” If \(X\) is the sibling of \(Y\), then \(Y\) must be the sibling of \(X\) because “being siblings” is defined as “having the same parents.” In contrast, mean independence is like the relation “being in love.” Sadly, it’s possible for \(X\) to be in love with \(Y\) despite \(Y\) not being in love with \(X\).4